Presented by the WAFWA  Sage and Columbian Sharp-tailed Grouse Technical Committee to recognize outstanding contibutions to conservation of sage-grouse and sharp-tailed grouse.

The Robert L. Patterson Award recognizes outstanding individuals and organizations that have worked to conserve and manage Gunnison and Greater Sage-grouse and Columbian Sharp-tailed Grouse. This award was established in honor of Dr. Patterson’s strong commitment to the conservation of sagegrouse and his pioneering work, The Sage Grouse in Wyoming, published in 1952. It is intended to be awarded biennially at the Sage and Columbian Sharp-tailed Grouse Workshop.

Award Criteria:
To recognize individual(s) and organization(s) who have made significant contributions to sage and sharp-tailed grouse research, management or other support programs, which have enhanced the welfare of any of these three species. The contribution should be evidenced by a sustained effort over at least 10 years. The contribution may be related to research, management activity, promotion of an integrated program, or some combination thereof.

Nominations should include the following information:
A. Name, address, and phone number of nominee.
B. Biographic sketch of individual or brief history of an organization.
C. Overview of contributions indicating the nature of the contributions, duration, benefit to the species, and the geographic area influenced by the contributions.

Deadline for nominations is July 1, 2022 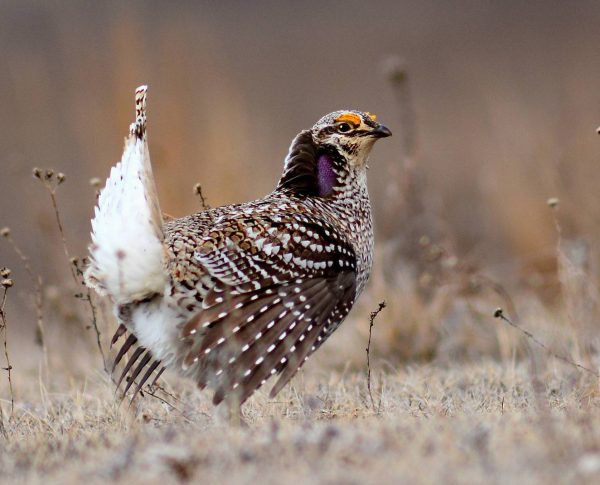 The Sage Grouse in Wyoming